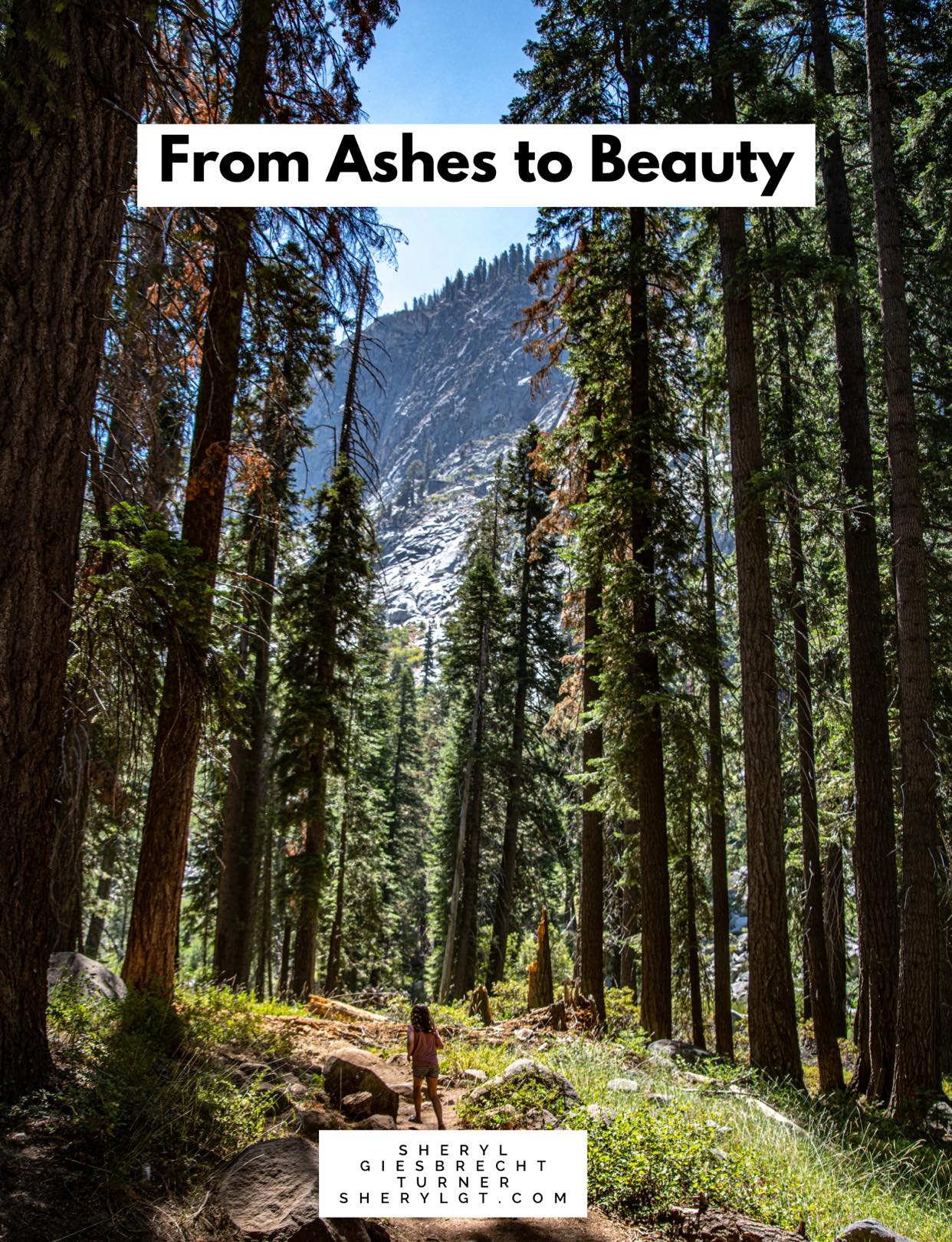 God’s specialty is rearranging the ashes of our disappointments, despair, and dismay into something beautiful. He takes our mess and changes it into His message. A tangible, historical illustration of this spiritual truth occurred in the state park sprawling its 3,472 square miles[i] across three states: Idaho, Montana and Wyoming, called the Yellowstone National Monument. It was the most devastating wildfire in the history of the national park system. The flames burned uncontrollably for nine months – from early June through the first snow in September. In early June, flames wiped out 1.2 million acres about 36% of the park’s over 2 million acres. The fire was finally extinguished in November 1988.[ii] As the damage was tallied, the losses financially could not be recovered. Yet, God’s plan was yet to be revealed.

In the same way, all of us have experienced ashes of loss:

Denial “I wish I could believe God, but I just can’t”

Depression “I can’t get up”

Despair “I don’t know why I am here”

Death “I miss my mom/dad/child”

Domestic Violence “I was afraid”

Discouragement “I can’t see out of this hole”

Disease “I am going to die anyway, why not give up now?”

Ever wondered how God might restore a relationship that’s been consumed by the fire of jealousy? Or worried about how God will redeem your life, since the life you had planned isn’t what is happening now? Sometimes these challenges and trials of our daily life seem like a wildfire that devastates everything or anyone we hold dear. It can be overwhelming, catastrophic, and feel like a dead end. After the wildfire’s smoke fades away, all that is left are ashes. The embers of dreams that have died, the remains of hope that has faded, and the residues of relationships that have become distant. God is a God who always restores, rebuilds, regenerates, that’s His character.

God can use our story for His glory, but we must trust Him to restore and rebuild in His time. After the fires, the forest is more open, and more light reaches the forest floor. In the areas where the fire burned hottest, the mineral earth is exposed. Much of the dead wood, including stumps and logs is almost completely burned.

Where the fire had been hottest is an ideal seedbed for the young giant sequoia seedlings. The heat of the fire causes giant sequoia cones to open, and thousands of seeds are released and fall to the soil. A few years after the wildfire wiped everything out, these plants increased in productivity. What had been considered to be a ‘natural catastrophe’ has been restored and regenerated into a lush forest, which has come back thicker and healthier than before it was burned. In the first few years following such a fire, often the area is covered with young giant sequoia trees. In the Yellowstone National Park – Lodgepole pines now fill about 80% of the park’s extensive forests. Most of these crowd each other out, but those which survive will become the forest of future giants.

God has a plan for the ashes of your losses. He will restore, rebuild, regenerate your life. However, you and I have a choice, will we trust Him? We must let go of our past, surrender our dead dreams, frustrated hope, and disappointments with people. God can be trusted to work His will, in His way, in His timing. Isaiah 61:3 reminds us, “To bestow on them a crown of beauty instead of ashes, the oil of gladness instead of mourning, and a garment of praise instead of a spirit of despair. They will be called oaks of righteousness, a planting of the Lord for the display of his splendor.”

The Sequoia seed reminds us that God has planted us here for a season. He wants you to be grounded, rooted deep in His Word, a person of prayer, a son or daughter of destiny. Make the time you are on this earth, a time to sit at His feet, study His Word, learn from Him, and listen to His voice as He directs your life. Remember, like the sequoia, those who survive will become a future Godly giant! Won’t you let God rebuild, restore and renew your life in His timing?

This blog was first published at www.leadlikejesus.com on April 26, 2022

Joy to the World