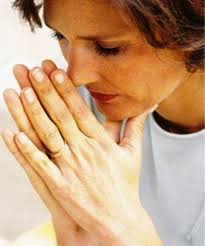 God can use anyone and everyone. God especially uses those with a past. Rahab was such a woman, a known prostitute in the city of Jericho, who lived on the edge of society, just short of rejection. Her home was built in the city wall, her business conveniently accessible to provide lodging and favors to travelers. In Joshua 2, God moved Joshua’s heart to send two spies to view the land of Jericho before the children of Israel could enter. Rahab’s house provided a safe and natural shelter for the Israelite spies to stay, a very unlikely hiding place, since they would be mistaken for her customers. Joshua 2:2 says, “So they went and came to the house of a harlot named Rahab and lodged there.”

The king of Jericho had his own spies out and about, somehow heard these men were in Rahab’s house. The king asked Rahab in verse 3, “Bring out the men who have come to you, who have entered your house, for they have come to search out the country.” Rahab knew that God was the only one who could save her. Rahab’s faith gave her courage to hide the spies and lie to the king. Rahab defied the king’s order by protecting the men in hiding. She told the king the men had come but didn’t know where they were from.

Later that night, after the danger had passed, Rahab helped the Israelite spies escape. Before they left, Rahab asked the spies to remember her and her family. In Joshua 2:12, “Now therefore, I beg you, swear to me by the Lord, since I have shown you kindness, that you will show kindness to my father’s house . . . and deliver our lives from death.”

God works through people like Rahab. And God rewarded Rahab for her faithfulness; he provided safety and deliverance. Rahab became a testimony of the power of God in a life transformed from promiscuity to promise. Hebrews 11:31 says, “By faith the harlot Rahab did not perish with those who did not believe, when she had received the spies with peace.” Bright promise and hope were given by God through Rahab’s choices. Many lives were spared and history was changed because this woman with a past allowed God to transform her with His promise. In fact, Rahab did not let her fear affect her faith in God’s ability to deliver. Not only did she save the lives of the spies checking out the Promised Land, she and her family were ushered into safety because of her obedience. Later, God restored her honor and redeemed her reputation; Rahab became a wife, a relative of Boaz, ancestor of David and the Lord Jesus Christ.

What about you? Are you believing a lie today? Have you been looking back over yesterday’s mistakes? Are you feeling unlovable? God says, “You are very loved!”

Let’s check out what Romans 8:35–39 says, “Who shall separate us from the love of Christ? Shall trouble or hardship or persecution or famine or nakedness or danger or sword? As it is written: ‘For your sake we face death all day long; for we are considered as sheep to be slaughtered.’ No in all these things we are more than conquerors through him who loved us. For I am convinced that neither death nor life, neither angels nor demons, neither the present nor the future, nor any powers, neither height nor depth, no anything else in all creation, will be able to separate us from the love of God that is in Christ Jesus our Lord.“

Allow God’s Word to wash the disbelief from your mind and accept His forgiveness for the sins you can’t forgive yourself. Allow Him to renew your mind. Claim God’s promises. Remember your new identity in Christ. Stand in your authority. Let God use your past to give a new perspective on how He fulfills His promises. What are you waiting for?

Father, thank you for using the outcast, rejected, scorned to make a difference for eternity. Thank you, Lord, that nothing can separate me from the love of God that is in Christ Jesus our Lord. Thank you for the reminder to let go of yesterday, claim your promises for today, and keep forward focused on tomorrow. In Jesus’ name I pray, amen.