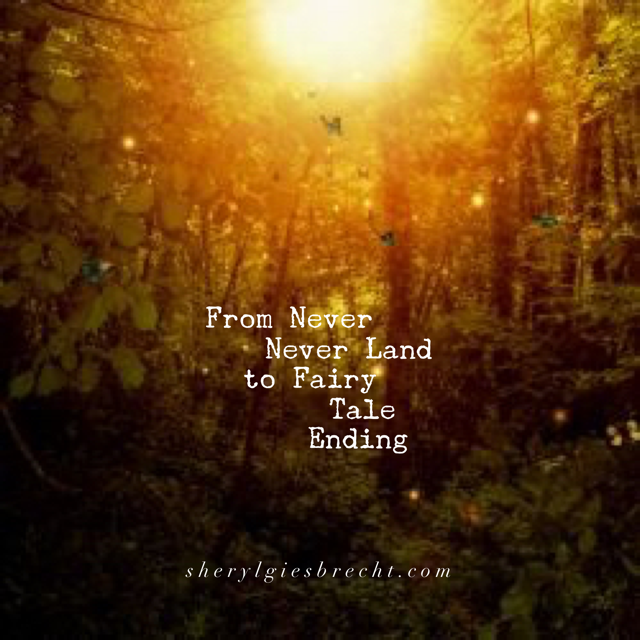 All of us want a story that begins, “once upon a time” and ends like fairy tales do; “and they lived happily ever after.” The day the tragic motorcycle accident tore Pastor Paul’s physical presence from this earth, my world collapsed. I watched the helicopter disappear from view, as they took Paul to the trauma unit. I was overwhelmed. Just an hour before, I was strolling hand in hand with my beloved Paul. In a split second, everything changed.  I had taught Jeremiah 29:11-12just a few hours before the accident, but now I was in a living nightmare. Is this God’s plan for me and for my future?

These were plans I had not approved.

As I tearfully drove to the hospital, terrified by the unknown, I mentally reviewed the comforting scripture, “Plans to prosper you and not to harm you; plans to give you a hope and a future.”

These words of comfort washed over my mind. Arriving at the hospital, I demanded to see Paul. I could tell my request rattled the receptionist. At once, I knew Paul was gone. I was whisked away into a curtained waiting room, where a couple of doctors strained to give me the news I dreaded. “Paul didn’t make it. He had a heart attack in the helicopter. The EMTs used the paddles on him and he did not survive. Paul has died.”

“No,” I screamed, “There must be some mistake. It can’t be true.” The doctors assured me. It was true. Paul, my precious Paul was dead. It didn’t make sense, “Plans to prosper you and not to harm you; plans to give you a hope and a future.” How could Paul’s death give me a hope and a future? My fairy tale became a nightmare; my life as I knew it ended. With Pastor Paul’s “promotion to heaven,” our marriage of twenty-eight years was over. Like I was stuck in Never never land, I assumed a new title: widow.

Maybe you too, have entered a never never land you hadn’t planned to be in

. It might not be widowhood, but possibly financial ruin, unwanted divorce, unplanned disease, or you’ve lost a parent or a child or a good friend by death or distance. The scripture from Luke 1:46 helped me immensely, “My soul glorifies the Lord and my spirit rejoices in God my savior for He has been mindful of the humble state of his servant.”

In June 2012, a widower asked if he could clean my garage, I wasn’t sure if I really wanted help, the Lord asked me to be open and accept it. Jim Turner’s wife, Peggy succumbed to a five year battle with breast cancer eighteen months prior; we shared our grief as we sorted. Through that task and other chores, Jim and I became good friends and began dating. Jim and I had known each other for twenty-five years, both of our families attended the same church. Jim’s wife and I were friends; our children were in the same youth group and he took care of our family as our chiropractor.

God melted my heart into something only He can mold;

Jim and I had fallen deeply in love. So when Jim Turner asked me to marry him at Yosemite Falls on Christmas Day, I said yes!

From wandering around never never land to fairy tale ending?  Here’s an excerpt from my newest book: “It’ll Be Okay: Finding God When Doubt Hides the Truth.”

“On our wedding day, Jim and I joined hands, hearts, and households. Literally. After the wedding we began blending our lives, and most important, our families and our ministries. Jim continued his chiropractic practice as he had for forty years, and he was content and productive in his work, making sick people well.

On the other hand, the hours of my workday responsibilities were adjusted by my supervisor because of changes in my marital status. Things felt uneasy. I recognized the familiar, irritating feeling when the pesky intruder, doubt, came knocking at the back door of my faith. Would I let it in? This time I understood that its intent was to dismantle my faith. And so, I sent doubt away. I was able to do this when I honestly shared my thoughts with God; what set me free was to tell God exactly how I felt. I knew God had become part of the process of my belief. I told God I didn’t understand the staff and ministry changes in both organizations in which I worked.

The roles I held changed and I was free to do what was next instead of holding a job to support myself. What God had in store for my ministries now that I had remarried was yet to be revealed, but I felt like I had permission to do it. I understood that I wouldn’t have 100 percent perfect faith all the time, yet I was confident about God’s provision and anticipated God’s goodness. This time I knew what to do; I gave myself space and time to process my beliefs as I remembered the steps.

My story reminds me of Ruth, Naomi’s daughter-in-law, also widowed at a young age and fearful of what her future would hold, yet she remained faithful.  We see God’s grace in the midst of Ruth’s difficult circumstances. God provided Ruth a kinsman-redeemer; Boaz, to share her future. A hopeless romantic, my faith in fairy tale, happy endings has been restored. My Boaz and I were married April 12, 2014 surrounded by our family and friends. Our exciting new beginning was full of changes and challenges, but with our Lord as the center, between the three of us, we could tackle anything ahead. And that, my friends is a fairy tale ending.

“Though the mountains be shaken and the hills be removed, yet my unfailing love for you will not be shaken nor my covenant of peace be removed, says the Lord who has compassion on you.” Isaiah 54:10

This article first appeared online in the Lead Like Jesus Blog on Thursday August 23, 2018 https://www.leadlikejesus.com/blog/never-neverland-fairytale-ending

Jehovah-Tsidkenu: The Lord Our Righteousness