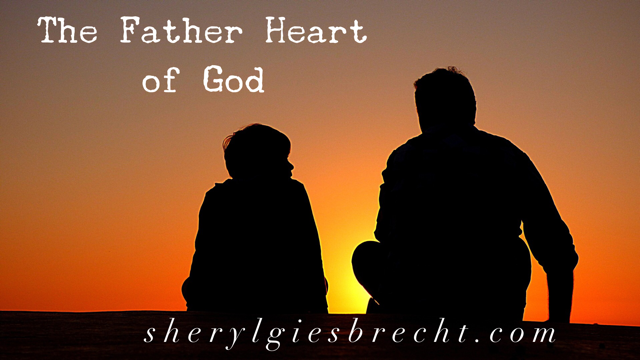 Father’s Day 2018 is here. Many of us have mixed emotions – either because of disconnect, distance or death, we might not be looking forward to what today’s celebration brings. We don’t feel much like celebrating – we miss our dad, the father of our children or desire a closer connection with our father.

My dad passed away suddenly about six weeks after I married my Boaz in 2014. Although we were thankful to have dad present for our wedding and even walk me half-way down the aisle to my awaiting groom, we were stunned by the sudden death of dad. So today, I am honoring the memory of my own father, calling my mother to share a memory of dad and tell my mom I love her.

Additionally, I will esteem the memory my late husband, the father of my children, by placing a special bouquet of sunflowers on his grave. This is our tenth Father’s Day without him, yet sometimes it seems like only yesterday that the shock of the motorcycle accident tore him from our arms. We weep with hope as we know it will be soon we’ll be reunited. And finally, I excitedly appreciate my new husband, Jim, the father of four children, gift-dad to my own children, by barbecuing a special meal. I praise and thanked my Heavenly Father on this day, for His blessings to me, his daughter.

Despite our disappointment with our own biological fathers, Father God is the perfect father.

I love the name of God, Father. Did you know, it is a distinguishing title for God in the New Testament? 2 Corinthians 6:18says, “And I will be a Father to you, And you shall be sons and daughters to me says the Lord God almighty.” Romans 8:15–16says, “But you have received a spirit of adoption as sons by which we call out ABBA FATHER.” The God of Heaven is our Father. “Because you are sons, God has sent forth the Spirit of His Son into our hearts, crying, “Abba! Father!” Galatians 4:6

The OT Jews did not think of God as an intimate Father. He was a whirlwind of fire, a fearful God, punishing the sinner. The Lord God of the OT was to be feared because he represented judgement. God killed Uzziah when he reached out and touched the Ark and even punished Moses for disobedience; in fact, Moses never entered the Promised Land. Hebrews 12:29 says, “Our God is a consuming fire.” Scary, huh? Far from Father-like.

Understanding the father-heart of God is important because often our own relationship with our earthly father might be messed up. The personal views and emotional feelings toward our own earthly fathers can cloud our image of our Heavenly Father.  If you have experienced a dysfunctional family or emotional or physical abuse, you might view your God through this grid. It’s essential to seek the truth about God the Father and to believe it.

In Luke 15 there was a father who had two sons.  The father was a man who gave all to his son because of love. The prodigal son asked for his rightful part of his inheritance, which was one-third of it. In doing so, the son insulted his upbringing, his father, and his family name. Because of his father’s love, he was given what he asked for. In no time at all, he spent the money but in the end was more dissatisfied than ever.

In Luke 15:7, the son has a truth encounter. ”When he finally came to his senses, he said to himself, At home, even the hired men have food enough to spare and here I am, dying of hunger.” Imagine the young prodigal’s state; he had left the security of the family home, after bugging his father to hand over his inheritance. He squandered his wealth on wild living, ended up working in a pig sty. Homeless, hungry, dirty, and humiliated, he comes to the end of his resources and decides to return home. Ashamed, humbled, filthy, broke, and guilty, he was compelled to confess to his father the mess he had made. The prodigal son in Luke 15:19 says, “I will get up and go to my father and I will say to him, Father, I have sinned against heaven and in your sight, I am no longer worthy to be called your son, make me as one of your hired men.” He decided to repent and return home to his father.

The father was waiting for him. The father saw him coming. He had been anticipating the return of his wayward son. He hoped his son would return home and had waited and watched daily, always on the look out for him. This was why he saw him when he was still a long way off.

for the first time, but it is also meaningful for those of us who have long considered ourselves his children, yet still prone to sin. Romans 7:18–19says, “For I know that nothing good dwells in me, that is, in my flesh; for the wishing is present in me, but the doing of good is not. For the good that I wish, I do not do, but I practice the very evil I do not wish.” We are prone to live frivolous lives, squandering the benefits and neglecting the responsibilities of living in the Father’s household.

What about you? Have you wondered if the Father has turned his back on you?

Our Father is a father who waits, watching, anticipating our return.

He is a good, good Father. He waits for us to get serious about repentance, service, and worship of Him. Romans 2:4 says, “Or do you think lightly of the riches of His kingdom in forbearance and patience, no knowing that the kindness of God leads you to repentance.” Believe your Heavenly Father is waiting for you to come back to Him.

Let’s pray: “Heavenly Father, help us to know you as Father-God who always loves, heals, and forgives. Thank you for welcoming us home every time we stray; you wait with open arms. Help us love others with your father-heart. Thank you for restoring relationships, renewing our faith and refreshing our love for you. In Jesus’ name, amen.”